About Us | The Bid-Ninja Story

You are here: Home / About Us | The Bid-Ninja Story

Bid-Ninja is the brainchild of two people who came together completely by chance.  The first person is a “Quibids Professional”, having spent well over $60k on Quibids in 2012 alone. The second person is a web designer & IT professional. Together, Steve and Rob, came up with the idea to bring Bid-Ninja to other penny auction enthusiasts.

Steve asked Rob if he had ever heard of a website called “Quibids” to which he replied that he had. Rob admitted he never played because he was pretty sure it wasn’t possible to win, consistently. Rolling his eyes, Steve said “Sit down. I’ve got something pretty cool I want to show you.” Steve led Rob to his basement. Upon entering, Rob stopped, his eyes opened as wide as possible and mouth agape. The room was filled with thousands upon thousands of dollars worth of merchandise. Steve’s basement looked like a small department store! “You won ALL THIS on Quibids?” Rob blurted out! “Sure did,” Steve replied with a big smile.

During the next hour, the IT pro kept asking the Quibids power-bidder, “how’d you do it?” One thing Steve kept repeating was that his method of playing revolved heavily around tracking auction data. Steve was obsessed with compiling as much data as possible. He had literally has hundreds of spreadsheets full of data. Rob was impressed with how much data Steve had compiled; especially since the information was all entered manually. Being the IT professional, Rob realized there was a much better way to input data.

An App is Born

Fast forward six months and thousands of dollars invested. Although it was nameless, Steve had his application to replace those cumbersome spreadsheets. The personal bid tracking software would soon be known as Bid-Ninja. The two entrepreneurs continued to make improvements to the app’s interface and data contained within. After a few more months of this, Rob suggested to Steve, “We should sell the software.” Steve had mixed emotions. Hundreds of man-hours and thousands of dollars went into HIS app. The software enabled Steve to win significantly more Quibids penny auctions, and he wasn’t too keen on sharing it! Steve also knew that if they sold the software, he would have to eventually give up playing to avoid any potential conflicts. After a few days, Rob & Steve decided to create a company and sell the software.

After a couple months of further testing and refining (and of course, more money), the final public ready version was ready. The battlefield tested software will give its users the data they need at an instant to gain an advantage over their Quibids’ competition, just had it had for Steve. We call it, Bid-Ninja. And we hope you’ll see a similar increase in your win rate like Steve experienced.

All merchandise pictured below was won on Quibids

We obviously can’t guarantee auction wins. There are many factors that go into winning, such as penny auction strategies employed, the amount of money a player is willing to spend on bids and pre auction preparation. Bid-Ninja simply provides the tools to enable you to bid more efficiently. 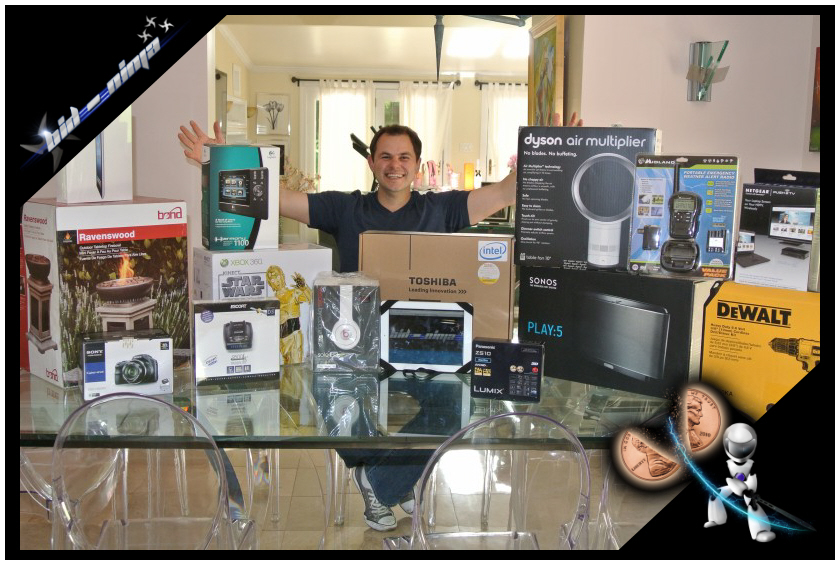 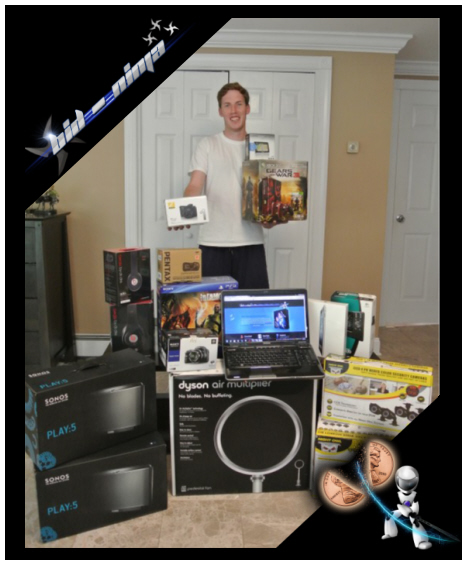 Good luck in the auctions!

Rob & Steve aka The Bid-Ninja Team