To list all penny auctions that have come and gone in the last decade would be extremely difficult and bore most to tears, we’ve limited our list to the better known penny auction sites which have closed its doors. 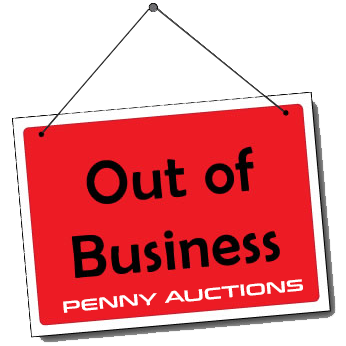 Penny auctions websites which have gone out of business

Before we get the list of closed auction websites, we thought it would be interesting to see when and how penny auctions began.

It all started back in 2005 when Lloyd Liske and William Buckell founded German company Telebid – the first online bidding fee auction website. Bidding fee auctions are more commonly referred to as penny auctions.

Due to technological limitations, auction participants initially had to phone in their bids which would then be transferred to the telebid.com website. While that sounds incredibly inconvenient by today’s standards, back in 2005, it was not. Remember, back then the first iPhone was still two years away!

Telebid’s value proposition was to give its customers “the convenience of online shopping with the excitement of that eBay experience,” explained Nigel Whiteoak, the company’s then manager and vice president of marketing. Telebid was banking on continued exponential growth in the number of people shopping online. Wellington Partners, a European venture capital firm, thought so too and provided financing in 2006.

By 2008, Telebid’s parent company, Entertainment Shopping claimed to have 2.5 million registered users (double from a year earlier) and received an additional $10 million in venture capital – this time from August Capital, a Silicon Valley venture capital firm, with plans to continue massive growth. During the year, Telebid was also rebranded to Swoopo.

In an August 16, 2009 New York Times article, Swoopo’s CEO, Gunnar Piening explained, “We are combining elements of online auctions, skill games and traditional e-commerce. “We are trying to bring back fun and excitement into shopping, which hasn’t been there in a long time.” Unfortunately, on  March 17, 2011, Swoopo’s website posted this message:

Due to technical issues, Swoopo is currently not available.

We’re working as hard as possible to restore the service. When the site is working again, we will add ten minutes to the countdown of live auctions, to allow all bidders the chance to get back on-line and start bidding.

Please check back regularly. We’re sorry that you’re not able to bid at the moment, but we will be back soon.

Just six days later, Swoopo filed for bankruptcy then three days after that, Entertainment Shopping (Swoopo’s parent company) filed for bankruptcy. On December 2011, the Swoopo website was down for good! The first penny auction site was gone, but it lives on (well, sort of). In February 2012, DealDash bought the Swoop domain and, to this day, swoopo.com redirects to dealdash.com.

You may remember, Beezid is the company that paid Lindsey Lohan over $25,000 and $10,000 in Beezid credits for an 11-second video while the actress was on house arrest! Beezid was one of the largest penny auction sites in its heyday. When they went under, it affected lots and lots of Players. It wasn't just that Beezid went out of business, it was the way in which it happened. Rather than announcing they were closing, the company just went MIA (missing in action) in late October, 2016. And many felt scammed by Beezid.

UK based MadBid was Europe's largest penny auction company and operated websites in Austria, Germany, Ireland, Italy, France, Netherlands, Poland, Spain, and Turkey; as well as Australia, India, and the United States. Like Beezid, MadBid's fortunes tanked in 2016 when they announced a 'pause' in operations. Unlike Beezid, MadBid kept its customer's somewhat informed. The nail in the coffin occurred when Europe's highest court ruled against MadBid.

This auction site appeared so promising when it arrived on the scene back in 2010. HappyBidDay even donated 5% of select bid package purchases to breast cancer research. Despite the high hopes and relocating from the Northeast to sunny Florida then back to Delaware, HappyBidDay closed its doors in March 2018.

There was a lot of excitement when Livonia, Michigan based PrimaBids launched in 2017. Their auctions included a lot of gift-cards, as well as gold, firearms, and electronics. Unfortunately, the company shut down in 2018.

Bidgunner.com was a Licensed Auction Company in the state of Georgia, and is also a Federal Firearms Licensed Dealer. Bidgunner.com partnered with Budsgunshop.com, one of the nation's leading online firearms retailers, to bring its customers brand new products at fantastic deals. In March, 2018, the following message was posted on its website:

Friends and patriots,
Bidgunner.com has suspended auction operations. If you would like additional information about Bidgunner, please email info@bidgunner.com.
Thank you to all of our friends and customers for being patriots and defenders of the 2nd Amendment we all enjoy.

Cyprus based, Wellbid will be launching a new site - according to the message posted on its domain (wellbid.com). Wellbid is operated by Welmory Limited, incorporated in Cyprus and registered by the Department of Registrar of Companies and Official Receiver of the Ministry of Energy, Commerce, and Tourism under the number HE 245903.

PennyGrab.com differed from the majority of other penny auctions in that they did not have timers in the majority of their auctions; although they did have Fire Grabs which utilized timers. Additionally, the company claimed it was backed by one of the Internet's Top 500 Retail Websites. That was obviously not enough, as the last word we heard from PennyGrab was in July 2017 when the following message was posted on its website:

PennyGrab.com is down for service.
Thank you for your patience.

LazyBids was criticized for cloning the Beezid site that was substantiated by the code which included Beezid URLs throughout. The owner later admitted to cloning, but claimed it was nothing nefarious. Try to understand that! The last archived webpage for LazyBids.com appears on July 9, 2019

At one point, UK based Swoggi was one of the most well known penny auction sites. In December 2018, the following message was posted on its website:

We’ll be back soon!
Sorry for the inconvenience but we’re performing some maintenance at the moment. We’ll be back online shortly!

When BidCactus closed its doors in 2015, they announced the following:

**UPDATE: BidCactus has closed. However, Beezid (www.beezid.com) has agreed to honor all remaining bids from BidCactus. Former BidCactus members can input their old account info and will automatically be given an equivalent amount of bids on the Beezid website.**

If the name alone didn't give it away, CoinSniper.com specialized in penny auctions of coins! The company provided a great experience and was always very transparent. Below is the message that Chief Numismatist and founder of CoinSniper, Rusty Scropper posted:

THANK YOU. It has been fun!

CoinSniper is now closed. There will be no further auctions.

I have had so much fun over the past five years working on, building, and growing CoinSniper - making it the most fun way to collect coins online! Meeting you and working with you to build your collection... it's what I love to do.

I have been offered a position with a prestigious business in the field as a numismatist, and it was too good to pass on. I foresee it being a lot of fun.

I think the thing I'm proudest of, besides bringing a whole new flair to coin collecting - a form of excitement that really has never been there - the thing I'm most proud of is the sheer number of collectors I've brought into and helped mature in the hobby. Bringing healthy collectors along is an incredibly difficult thing to do, and frankly most typical coin businesses aren't very good at it. I know from the many, many emails from so many collectors that have tried and enjoyed CoinSniper that this is the single thing I can look back on with the most pride.

For giving me that opportunity, I thank you.

CoinSniper may come back at some point, but for the foreseeable future, auctions are indefinitely postponed.

CoinSniper is definitely not for everyone. But for those of you who trusted in me to be honest and who had the heart and courage to try something different: I applaud you, I thank you, and I encourage you to continue collecting with the same vigor, skepticism and enthusiasm as you were kind enough to grace my business.

In the permanent spirit of doing right by the customer, as I closed down CoinSniper I definitely took care of as many of you as I could.

As of April 8th, 2016, all shipments show delivered, and all refunds are complete. If you are concerned because you have not yet heard from me, please reach out!

This has been a fabulous journey spanning many years and thousands of new faces, I wish you joy, I wish you luck, and most of all - I wish you COINS!

AnniesBid held itself out as a different type of penny auction. Theirs was a charity-benefit model whereby each auction was connected to a featured cause or charity. For every bid placed in an auction, the company donated 10¢ to that cause/charity. The last we heard from the company was a Twitter post on April 27, 2015:

Hi bidders, our site is currently down for some maintenance.
It should be back up in a few days - thanks for your patience!
-The Annies Team

According to the company's website, BidSerious aimed to take an existing penny auction model of internet auctions to the next level with 3 key advantages focusing on Seller Participation. Since they shut in 2016, we never could find out what those 3 key advantages were!

UK-based Bidson also offered auctions The Netherlands, Germany and Sweden. Starting in 2006, Bidson offered various types of auctions before offering penny auctions in 2012. Bidson acquired BidRivals on May 25, 2012. Towards the end of 2015, the company's site was returning errors. Then in January 2015, a letter was posted on bidson.com: Dear Bidders,

We are currently working on new Payment Gateway for our services.
Offering more local payment methods with lower fees than Paypal.

The changed regulations and higher reserves at Paypal caused a lot of delays in our services.
We promise that ALL commitments will be honored and we are NOT leaving the business!

Sorry for the problems this may have caused you.

If there is any question please contact us : support@bidson.com
Bidson.com 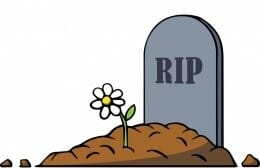