Quibids Locked Auctions: What You Need to Know

With the rollout of Quibids new “locked auctions” the more experienced Quibids players thought winning on Quibids would become more difficult…this couldn’t be further from the truth!

Bid-Ninja rolled out a truckload of new features that actually make winning on Quibids in combination with these new locked auctions even easier than it has ever been before. This video demonstrates just exactly how that’s possible. Now not only will you know when a Quibids auction will lock before it does, but you’ll also be able to see which bidders have and haven’t been locked out of an auction after it locks AND you’ll see which bidders will and won’t be locked out before an auction actually does!

Here is the video (watch in full screen HD to see details):

What You Need to Know

Knowing when a Quibids auction locks before it does means that you don’t need to waste bids trying to prevent yourself from being locked out. You can now just pop into an auction just before it’s going to lock, place a single bid, and then when it locks you won’t be locked out!

For example, let’s say Quibids has two different auction, both offering $50 gift cards. As a Bid-Ninja user, you tell BidBuddy to “prevent lockout.” Both auctions are live: “Auction A” locks with 30 eligible bidders; while “Auction B” locks with 15 eligible bidders. Naturally, you decide to stay with Auction B. However, just to be extra diligent you review the bidder analytics in Bid-Ninja to see which of the two auctions has more power-bidders. Unless there is a big disparity between the players’ experience level in the two auctions, always stick with the auction with less bidders. Fortunately, Bid-Ninja’s player stats are color coded by experience level, allowing you to quickly access the level of competition in each auction.

Check out the detailed screenshots on the following linked post:  Quibids/Bid-Ninja locked auction features. Bid-Ninja makes winning on Quibids.com even easier. So go ahead, get your piece of the action and get Bid-Ninja today! 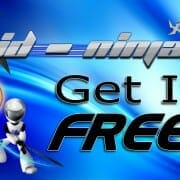 You Can Now Get & Use Bid-Ninja for QuiBids FREE

What is QuiBids You Ask? A Great Place to Get a Deal

Dress Fresh for Spring with Free Bids from QuiBids

Bid-Ninja is Blindingly Fast Now that the Scheduled Maintenance Upgrade Has... Bid-Ninja Has Added a “Video Wall” – Getting Familiar with...
Scroll to top